Outdoors in Maine: Walking the Tightrope of the Running Shooting Talk 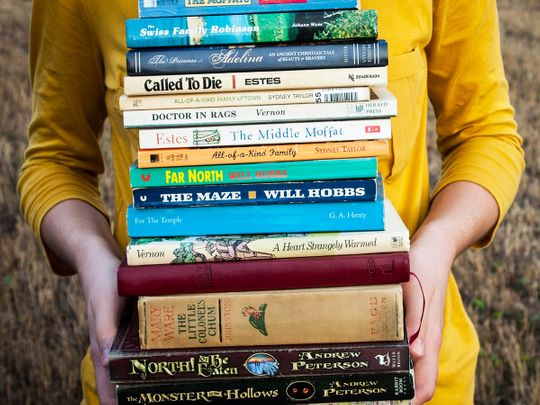 Wondering which book to choose next? Discover the Gulf News store

Conservation Officer Darrin Kittelson (International Falls # 1) reports that many people took advantage of the woods and water, whether for fishing, hunting, mountain biking or hiking. Animal complaints and trespassing complaints were dealt with throughout the week. A presentation on the law was given to a trapper education class in the region.

CO John Slatinski IV (Ray) nuisance bear reports continue to be heard, along with complaints from people feeding other wildlife, causing problems and concerns for neighbors. The area was busy, with ATV riders, grouse hunters, and waterfowl hunters contributing most of the activity. In one instance, two off-road vehicle drivers drove past the officer’s patrol vehicle to a stop sign, then continued down the road, traveling in the taxiway and onto the shoulder at a speed high. Contact has been made with the two individuals. Work continues on a background investigation and equipment maintenance has been carried out.

CO Troy Fondie (Orr) reports on the surveillance of public access sites and the control of fishing activities. Small game hunting activities were controlled, as were forest roads in the region. Equipment work is continuing. The rest of the time was spent answering phone calls and dealing with pests.

Commander Aaron Larson (Tower) mainly worked on small game and the application of decorative material. Larson worked with Commander Bermel on a case that resulted in a major seizure of spruce tops. Larson also investigated a potential shore violation.

Commander Marc Johnson (Hibbing) mainly worked on small game, deer archery and waterfowl activity. Additionally, we spent time talking at a gun safety class in Buhl, answering calls and attending a community event in Chisholm. Hunting activity was hampered by rainfall which persisted throughout the weekend.

CO Sean Williams (Ely # 1) reports that a weekend of cloud and rain did not deter small game hunters in the Ely area from looking for grouse on the trails. Success was still low, but most verified hunters said it was as much about enjoying the fall colors as it was about shooting a bird. Waterfowl hunters reported seeing a fair amount of geese still north of Ely, but reported very few ducks.

CO Thomas Wahlstrom (Grand Marais) controlled small game hunters and fishermen on lakes in the region. ATV trails have been monitored. He handled wildlife complaints and assisted other organizations.

CO Anthony Bermel (Babbitt) worked primarily on spruce crown theft cases throughout the week. He also checked out a few duck and grouse hunters. Three separate thefts of spruce tops were resolved, including one major theft on state forest land. Charges for serious trespassing in the woods are pending. Additional enforcement measures have been taken for the transport of a loaded weapon in a motor vehicle.

CO Kylan Hill (Tofte) continued to work on a background investigation for the next academy.

Commander Don Murray (Two Ports) small game and deer hunters in archery have been working this week. The mild weather and the colors of fall attracted many travelers to the Côte-Nord. Fall fishermen take to fishing on the region’s lakes before the weather cools. Several campgrounds are still occupied by campers.

CO Vinny Brown (Northome) checked grouse hunters and led ATV law enforcement. Enforcement measures were taken for the lack of a small game license, the lack of ATV passes and the transport of a loaded firearm.

CO Jayson Hansen (Bigfork) patrolled state parks and worked in angling, big and small game hunters, boaters and ATV operators. Many questions related to game and fish were answered. It has also responded to wildlife complaints and assisted other organizations.

Commander Mike Fairbanks (Deer River) checked anglers, worked on waterfowl hunting and dealt with pest complaints this week. The success of the fishermen was good while that of the hunters was slower. Fairbanks and his partner K9 Si also helped locate a suspect who fled into the woods and located a young runaway. Enforcement action was taken on permit issues and one arrest was made for outstanding warrants.

Commander Thomas Sutherland (Grand Rapids) worked a duck hunting activity in the area with continued success for hunters in the area. Enforcement measures were taken to not have small game permits, federal duck stamps, and state waterfowl stamps. Sutherland has recently received numerous calls from deer struck by vehicles. Be careful when driving as the deer are on the move.

CO Taylor Hochstein (Hill City) continued to monitor waterfowl and grouse hunters. Grouse hunters report seeing more birds in the woods as leaves fall from trees and shrubs. A lecture on law and ethics was given during a firearms safety course. Enforcement measures have been taken for several small game and bear hunting offenses.

CO Andy Schmidt (West Duluth) focused on small game hunting and mountain biking. Lots of hunters and horsemen were seen in the woods and a few birds were seen in the bag. Complaints of trespassing, shooting too close to residences, operating ATVs on closed trails and deer problems were addressed. He participated in the Laws and Ethics portion of a local gun safety course.

CO Kipp Duncan (Duluth East) continued to investigate the possible illegal capture of a black bear. Duncan worked in small game hunting areas and checked waterfowl hunters during the week. Complaints were followed up, including locations of deer glowing at night, trespassing of ATVs, and possible illegal harvesting of decorative materials. Anglers and archery deer hunters were also checked throughout the week.

CO Jeff Humphrey (Cromwell) continued to work on hunting and applying ORVs throughout the week. Humphrey has patrolled the Fond du Lac state forest, wildlife management areas and county forest lands. Humphrey followed up on a big game investigation and a wetland case, and assisted with a detail at the Two Harbors station with Commander Murray.

CO Keith Olson (Lake Superior Marine Unit) controlled small game hunters and ATV operators. The wet weather has caused bird hunters to scramble to find birds over the weekends. Olson attended a gun safety course with Commander Schmidt in West Duluth. He investigated the cutting of birch poles in the Brimson area with Commander Duncan and answered calls from people with questions about deer gun season.

CO Matt Miller (Lake Superior Marine Unit) checked the anglers at the end of the lake trout season. Complaints regarding ATVs and bears were received and addressed. A moose hit by the road near Duluth was sent and surrendered to a private party. A detail in the BWCA has been worked on regarding fire closures. Enforcement action has been taken for ATV complaints.

Previous Kenya: Why Kuki Gallmann’s ranch is at the center of Laikipia’s violence
Next Destiny 2 Grandmaster Nightfalls: Everything You Need To Know About Adept Loot For Season of the Lost

Labor MP John Spellar’s plan is supported by celebrities and across political divisions, including Conservative …